Awkward Object of Genocide: Vernacular Art and the Holocaust in and beyond Polish Ethnographic Museums was a initiative carried out at the Research Center for Memory Cultures at the Faculty of Polish Studies, Jagiellonian University, Kraków, by a group of four scholar-curators: Roma Sendyka (PI and head of the Research Center for Memory Cultures), Magdalena Zych (curator at the Seweryn Udziela Ethnographic Museum in Kraków), Erica Lehrer (cultural anthropologist at Concordia University, Canada), and Wojciech Wilczyk (artist, photographer).

The original aim of the project was to explore public and private Polish ethnographic collections in search of art objects referring to, representing, or commenting on the Holocaust. In our project we propose that this unique genre of the visual document, which has received little attention in studies regarding the Holocaust so far, could offer new insights, as well as forge new arguments, different from those commonly employed in attempts to understand the experience and memory of the Holocaust in Polish provinces. Of the four hundred twenty-four objects illustrating wartime violence we were able to identify and document in the course of the project about sixty works directly referenced the death of the Jews during the II World War.

Our research was not limited to exploring the archives. We also met with artists who were active in the years after the war, at the peak of the phenomenon of the folk art popularity in the 1960s and 1970s, as well as with collectors, curators, (former) employees of the state-managed folk artists’ collective Cepelia (a state-organised platform and selling outlet, managing folk art local cooperatives), and the descendants of deceased artists. We consulted with representatives, from ethnologists, anthropologists, historians, and sociologists, to social psychologists and memory studies scholars. We inquired about the place of the Holocaust in the works of Polish non-professional artists, and about the interest in this past among their audiences, buyers, patrons, and exhibition curators.

Dealing with a great quantity of artistic works our project seeks to address a series of questions: Are these objects “arts of witness”? To what extent can they be considered historical documents? What is revealed in the biographies of such objects? What exactly do these representations tell us? What emotions accompanied their creation? What is the fate of such representations today? Working together with our collaborators, we developed a preliminary map of the landscape of “Polish vernacular artists facing the Holocaust”. Oral histories, research workshops, and the process of curatorial work allowed us to open a public conversation about the significance of this body of artistic output in relation to other trends in non-professional art, to practices of Holocaust representation, to research on witness/bystander attitudes, and to the curatorial activities of contemporary arts and heritage institutions engaging with the Holocaust.

Our research was summarized in the exhibition Terribly Close: Polish Vernacular Artists Face the Holocaust (1st Dec. 2018 to 31st March 2019). The objects presented in this exhibition enabled a discussion of key aspects of the phenomenon under study. We inquired about the ability of these objects to bear witness in ethical terms, to represent the past, to capture personal experiences of violence, and to support the work of memory regarding the pain of others. We traced the forces that shaped and manipulated this creative field and the affects that accompanied the artists and the viewers confronted with these representations. 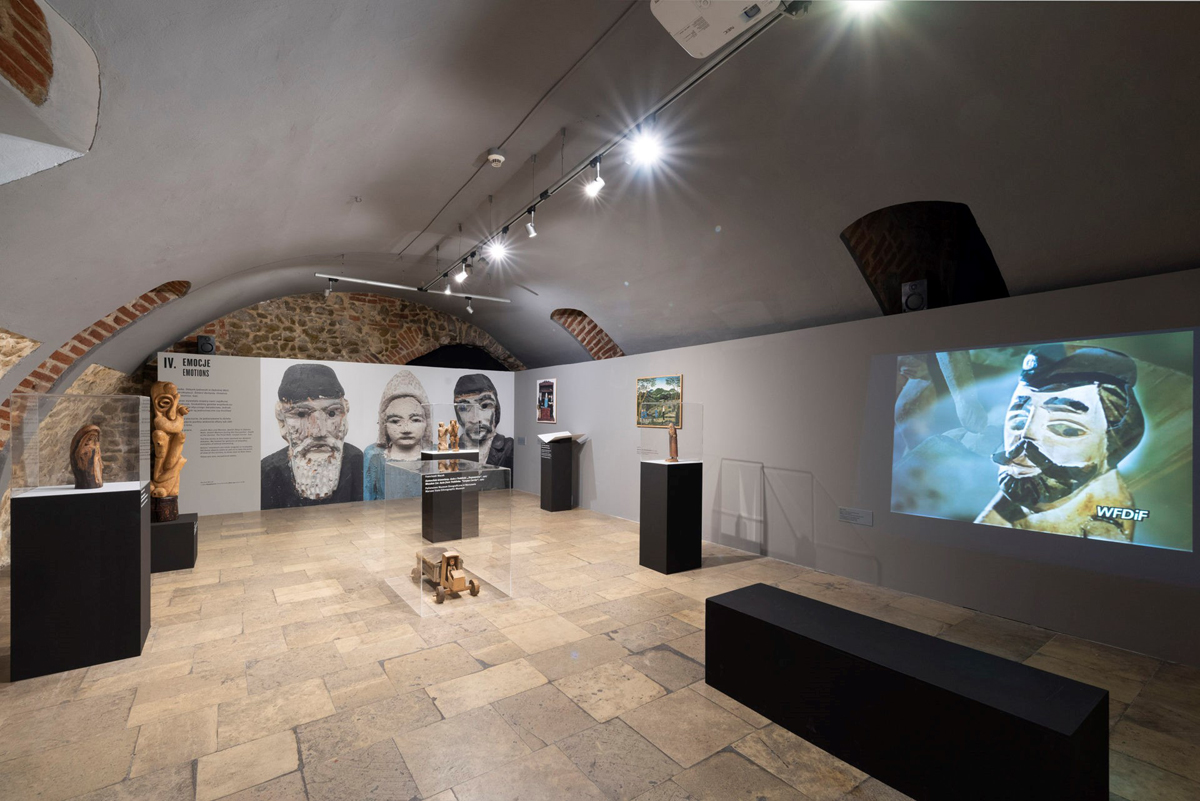 Part of the exhibition was Wojciech Wilczyk’s photographic series Blow-ups (2016-2018), in which selected works were investigated in a different manner than in the typical documentary approach to folk art objects. Wilczyk looked the witnesses, victims, and perpetrators in the eye, confronting his own, our team’s, and the exhibition visitors’ gazes. The exhibition was visited by almost two thousand viewers, and received special recognition from National Radio in 2018. An overview of the exhibition can be accessed through the websites: http://www.terriblyclose.eu/exhibition/ (Polish version: www.widokzzabliska.eu). Further analyses by researchers-curators and invited experts can be found in academic publications.[1] 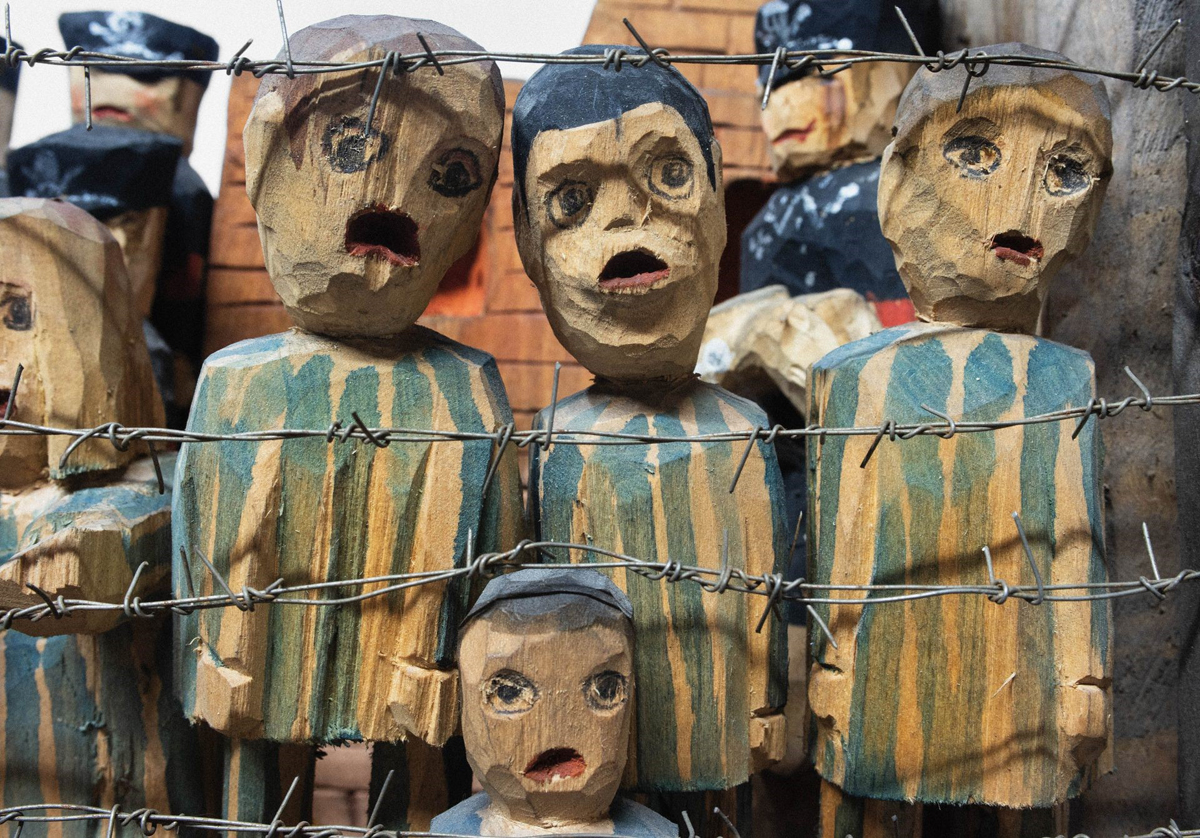 The Kraków-based project Awkward Objects of the Genocide (Jagiellonian University) emerged as part of the activity of the research consortium TRACES: Transmitting Contentious Cultural Heritages with the Arts: From Intervention to Co-Production, funded by the European Commission (Horizon 2020, European Commission, Reflective Society, PI: Klaus Schönberger). Research groups from ten universities and research institutions engaged with museum collections that have incited contestation over how artifacts are stored or exhibited, or how they function in public. Objects from these collections and the responses they generated provided an opportunity to interrogate the ways in which communities are shaped when they are forced to address uncomfortable issues in relation to group identity, self-esteem, or image.

Research documentation, publications (including the open-access, one thousand-page volume Contentious Cultural Heritages and Arts: A Critical Companion[2]), and further information on the TRACES project and its results can be found online at http://www.traces.polimi.it/.

In the current phase of the study, we investigate the dominant role played by East and West German collectors who ordered, bought, archived, curated, and even designed Holocaust scenes, which are today contained in German museums and private holdings. Polish Holocaust folk artworks may be therefore seen as objects of post-war memorial transactions between Germans and Poles, and on another level, between perpetrators and bystanders and their descendants. The emergence, circulation, function, and biographies of such objects can today offer much-needed insight into the dialogical processes of negotiating the transnational Polish-German memory of the Holocaust. 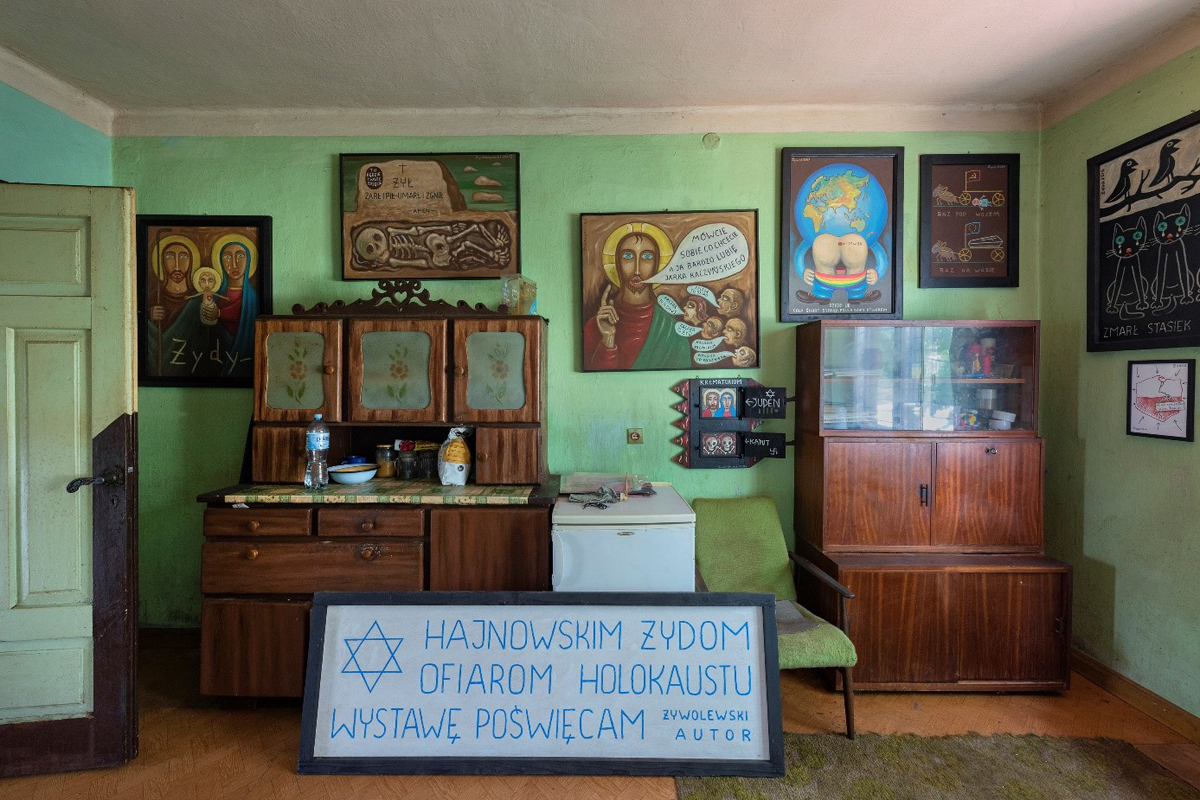 Fig. 3: Stanisław Żywolewski’s (artist, 1942-2021) house, 2021. Photo: Wojciech Wilczyk ©. The text in front of the exhibition reads: „I dedicate the exhibition to the Jews of Hajnówka. Żywolewski. Author“

Furthermore, we follow the impacts and instrumentalizations of Holocaust-themed folk art from Poland in East, West, and reunited Germany from 1939 until today. Our guiding research questions include: What were the dynamics of German consumption of Polish Holocaust-related folk art? To what extent were these international interactions supported by institutions, whether governmental (including the secret service) or otherwise (like churches or the press)? What do discourses around Holocaust folk art tell us about the way Germans and Poles negotiated their respective statuses of perpetrator, victim, and witness? How did Germany’s “orientalist” gaze on Poland influence the way this art was received in Germany (e.g. ideas about Polish villagers as witnesses to wartime suffering, and the resulting aura of authenticity of the art that they produced)? What might the folk art market reveal about German stereotypes of Poland and the Polish experience of the Second World War more generally? To what extent did German collectors stimulate the memory of the Holocaust among Polish artists? 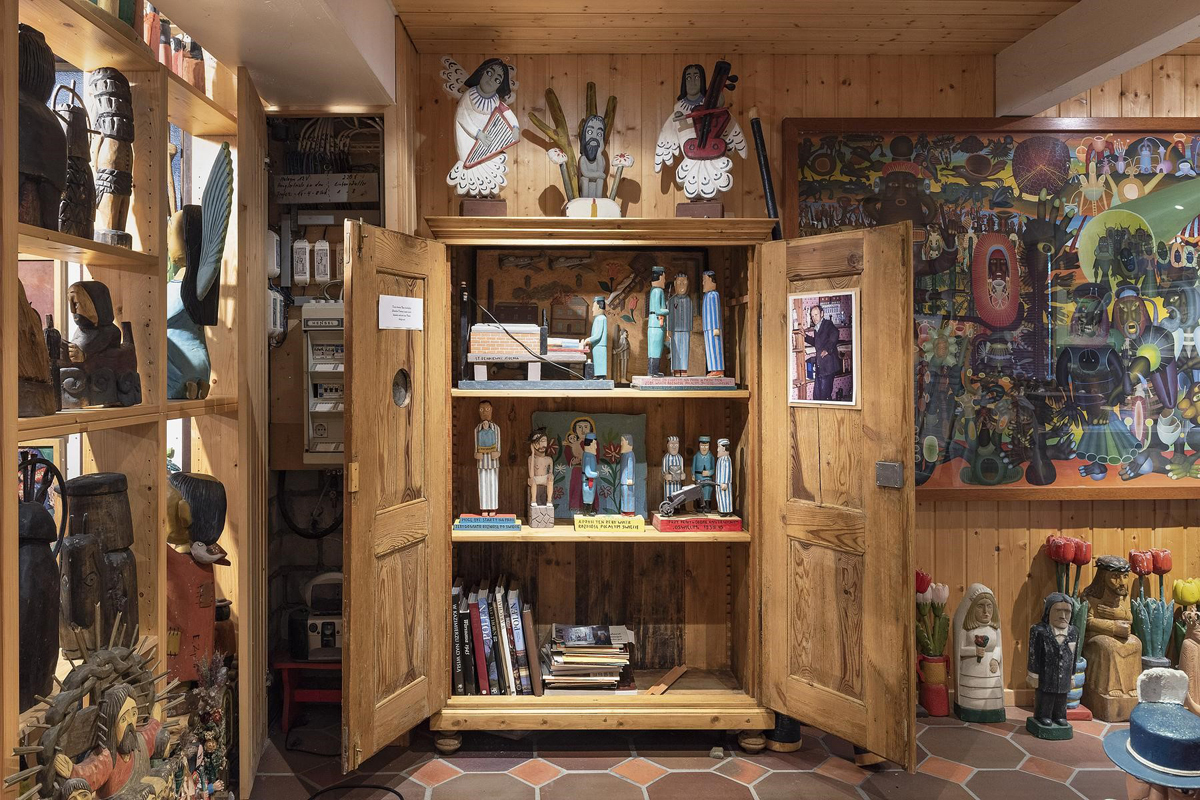 The results were discussed at the workshop Awkward Objects, Curiosa and Varia: Exploring the Boundaries of the Holocaust Archive (CARMAH, Humboldt University, September 2022), and presented in the following collective book and a special issue. Two volumes (in Polish and English) documenting the first phase of our research are forthcoming in 2022 in the Krytyka Polityczna (Political Critique) Publishing House in Poland. 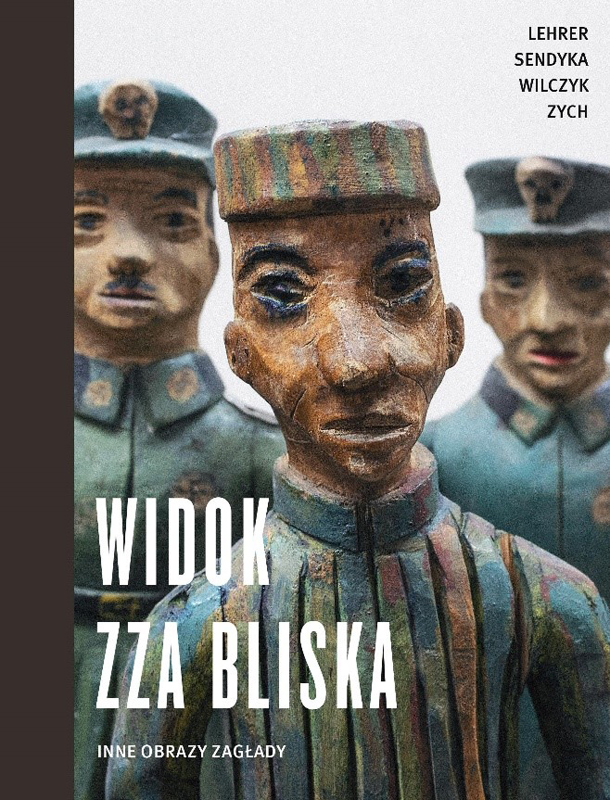 Fig. 5. Cover of the forthcoming publication, 2022. The English version will be available as an e-book. Design: Monika Bielak