Fałków, 1941. The young Pole Walerian Wróbel is taken to Bremen for forced labour. He stays on the farm for only 10 days, has language problems, gets homesick. Suddenly the barn is on fire. The farmer’s wife has him picked up by the Gestapo. He is taken to Neuengamme concentration camp. He is to be made an example of. Since 2018, the photographer Stefan Weger (*1986 in Bremen) has been dealing with this story, which is tragically linked to his own family history.

In “Luise. Archaeology of an Injustice”, Stefan Weger provides an insight into the story of Walerian and the farmer’s daughter Luise, his great-grandmother, who tragically contributed to the fate of the underage forced labourer. Following the approach of research-based photography, he, as part of the fourth post-war generation, searches for new answers to the questions of guilt and responsibility as well as for contemporary forms of remembering the injustice of National Socialism – especially as a descendant of the society of perpetrators. In dealing with historical material, both from state and private archives, and the decayed farm, he succeeds in a personal confrontation with National Socialism on the basis of his own family history.

The following text is the essay from his book accompanying the exhibition.

ALONE IN THE ORCHARD

I first met Luise in 1986 — shortly after I was born. My great- grandmother was almost 80 years old at that time. When I think back to those few years together, I remember above all the

strange aura that surrounded her. Everyone acted differently around her. My grandmother for example, whom I loved very much, was calm and joyous. But when Luise was around, she became very tense.

While I was at school in Bremen, my history teacher told us the story of Walerian Wróbel. From a pedagogical point of view, it was probably the perfect story to teach us about National Socialist injustice. The story of an underage boy, whom young people could identify with. A story from the region, so that it is tangible for the pupils. The whole thing also had a certain topicality, because just a few years earlier a process of coming to terms with the past took place, a book was published, and a feature film was made. So, the lessons could be prepared quite easily.

However what I remember most, was not the content of the lessons, but my mother saying: „You know that it was Luise?“ At that time, this sentence meant nothing to me, I don‘t even know if I 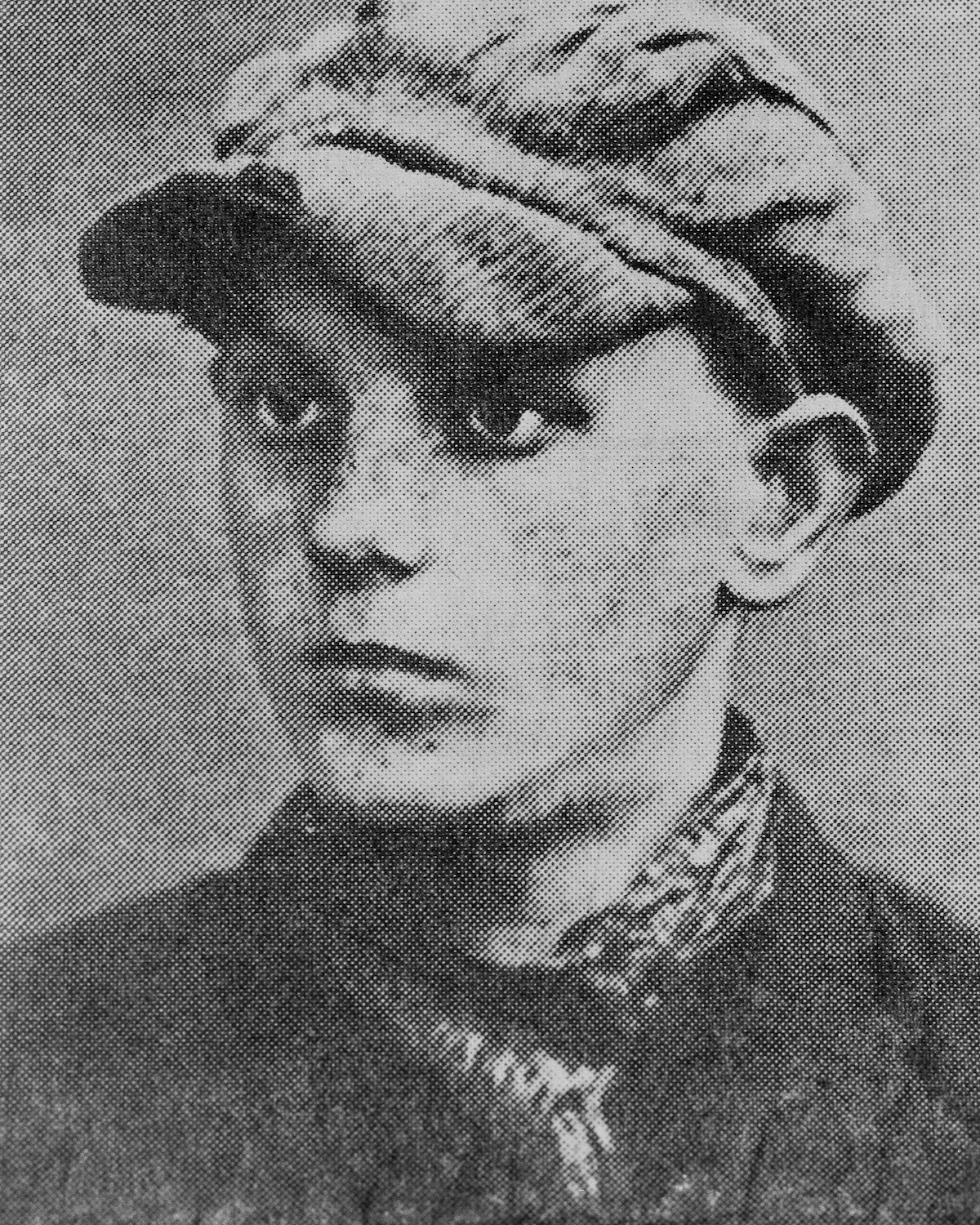 understood what she was trying to say. Years, even decades later, this sentence reappears in my head, like an old echo from a deep cave. And now I understand.

I start searching, digging through archives. Here I find the story of a Polish boy who was executed because he was supposed to have set fire to a barn out of homesickness. He had even helped to put it out, because it had probably not been his intention to destroy anything, but to be sent home instead.  Walerian Wróbel had only been on the farm for about two weeks at that time, where he served as a „replacement“ for the recently deceased farmer, my great-great-grandfather. The fact that my ancestors decided to have the boy arrested by the police, to not protect him but to testify against him, had fatal consequences. Luise, my great-grandmother, provided the decisive testimony. This led to an odyssey from prisons, court- rooms, and the Neuengamme concentration camp. Walerian Wróbel‘s story ended on the 25th of August 1942 when he was 17 years old in the remand prison at Holstenglacis 3 in Hamburg, in a room which is nowadays used for the ventilation system. The new “Polenstrafrechtsverordnung” (criminal law for Poles and Jews in the annexed eastern territories) introduced by the Nazi justice system provided the basis for this injustice. 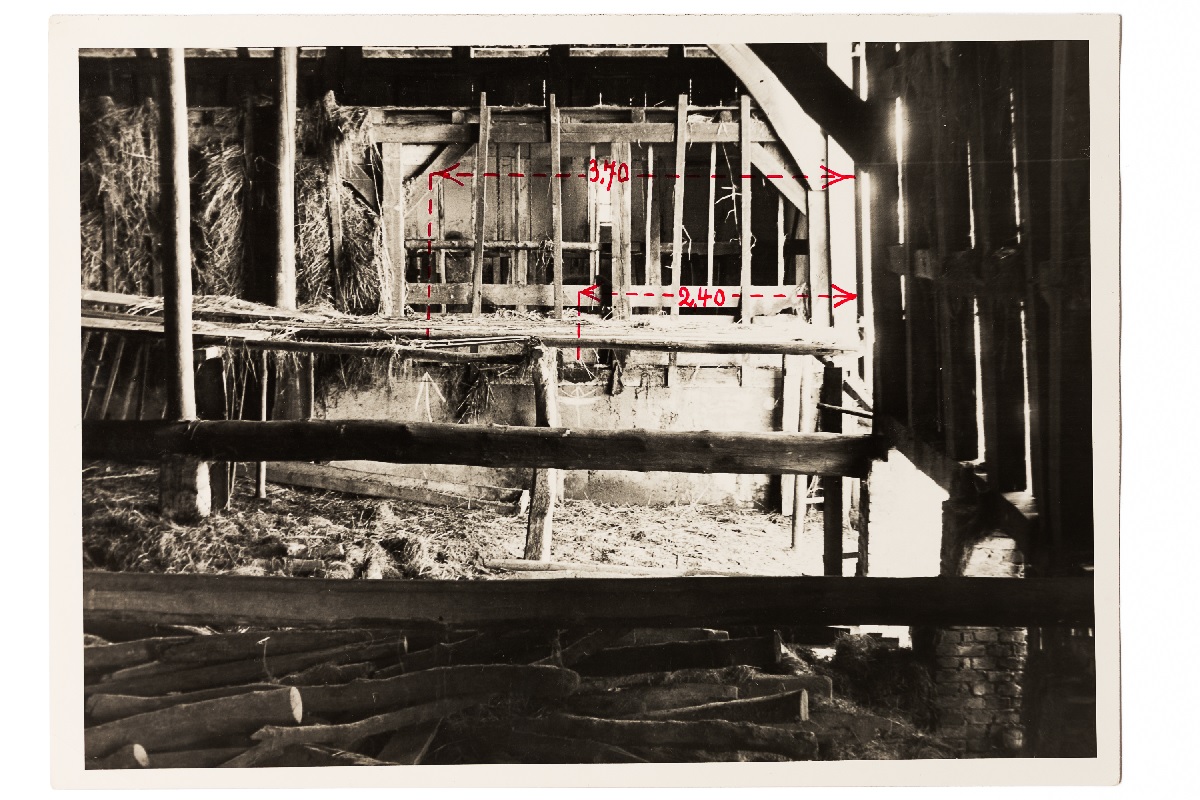 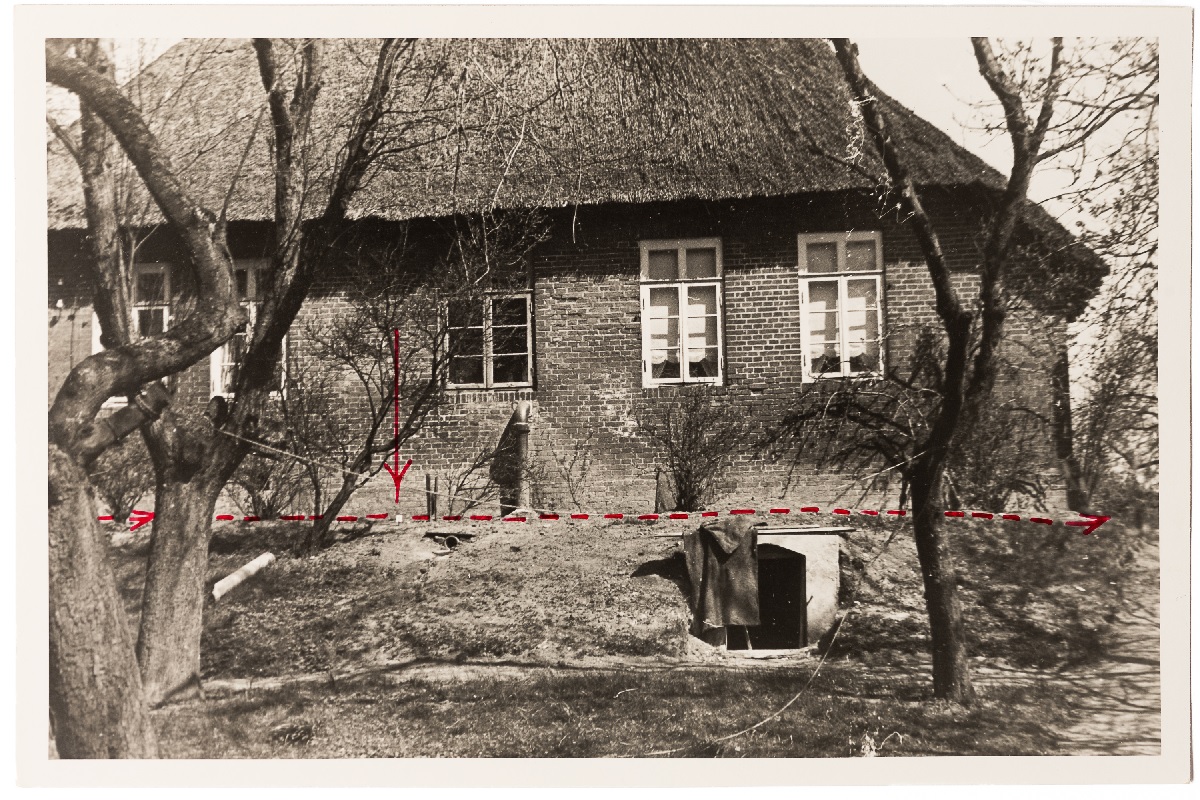 During my research, I find myself on the grounds of the old farm. Alone in the orchard. One is so used to having com- memorative plaques and memorials everywhere that a feeling of forlornness creeps over one here. Between the overgrown grass and under bushes, I find bricks from the former masonry. Here are the foundations of the barn, in which the fire was set. It must have been here, where Walerian tried to escape the scene, almost 80 years ago. Over here, buried under leaves and moss, lie old tiles from the kitchen and the walls of the cellar. Accord- ing to the evidence photos taken by the Gestapo, it was here the matchbox was found that Walerian is supposed to have used to start the fire. The very same matchbox that fell out of an old envelope during my first visit to the State Archives of Bremen. History to touch here, history rotting there.

There is a commemorative plaque, of course. Even a memorial sidewalk. But both are several kilometres away from what is now an idyllic spot in the Werderland nature reserve, where the farm once stood. Today the orchard of a nature con- servation association grows over the remains of the farm. As if time and nature win in the end and slowly make you forget. 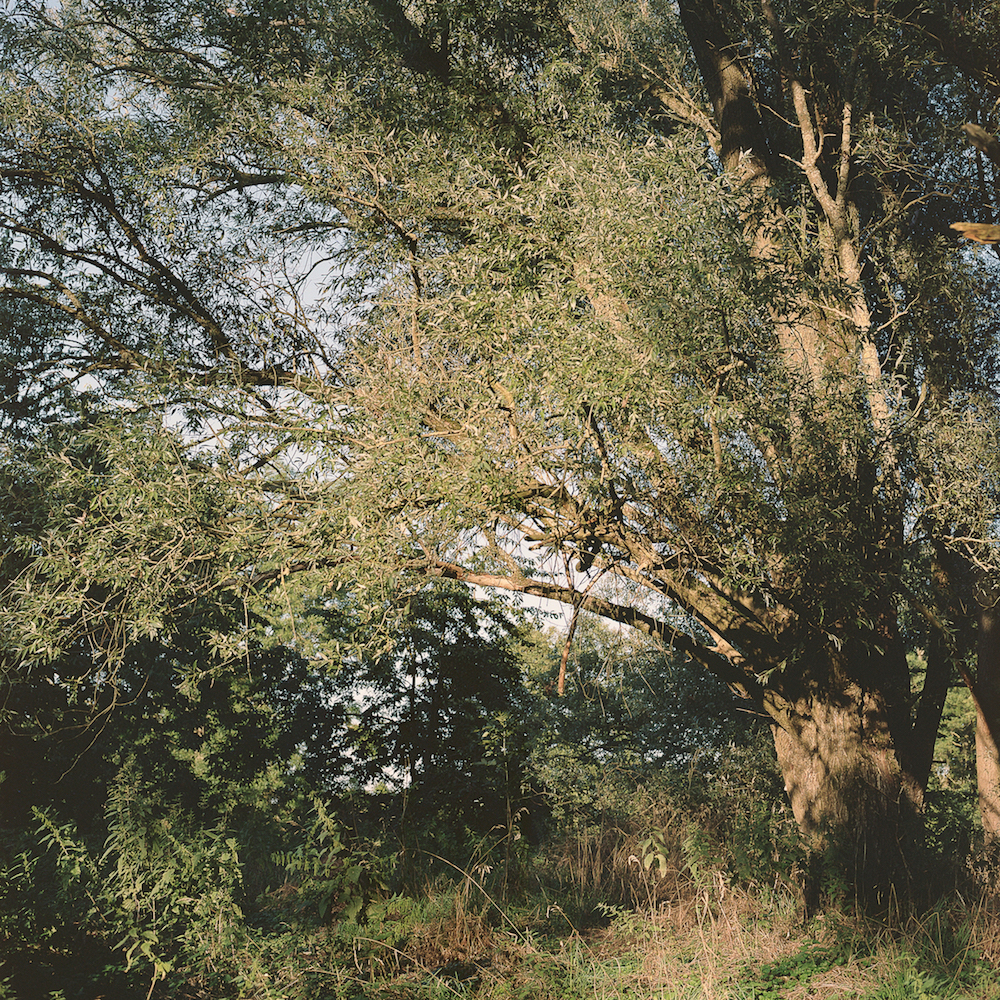 My journey into the past also takes me to the small village of Fałków, where Walerian was born in 1925. Never have I felt more out of place, even if the woman at the local pizza shop is incredibly friendly. Perhaps this is the feeling that is needed to fight against oblivion. A discomfort that not only creeps up on you when you are at the memorials on the grounds of German concentration camps and being directly confronted with the suffering your grandparents, great-grand- parents or great-great-grandparents inflicted on their fellow human beings. But rather a universal discomfort that if one‘s own family lived in Nazi Germany, it is likely to have perpetra- tors or bystanders in the family who at least profited from the suffering of others, if not directly contributed to it. Nazi Germany would not have been Nazi Germany if there had been as many resistance fighters as families tend to tell. 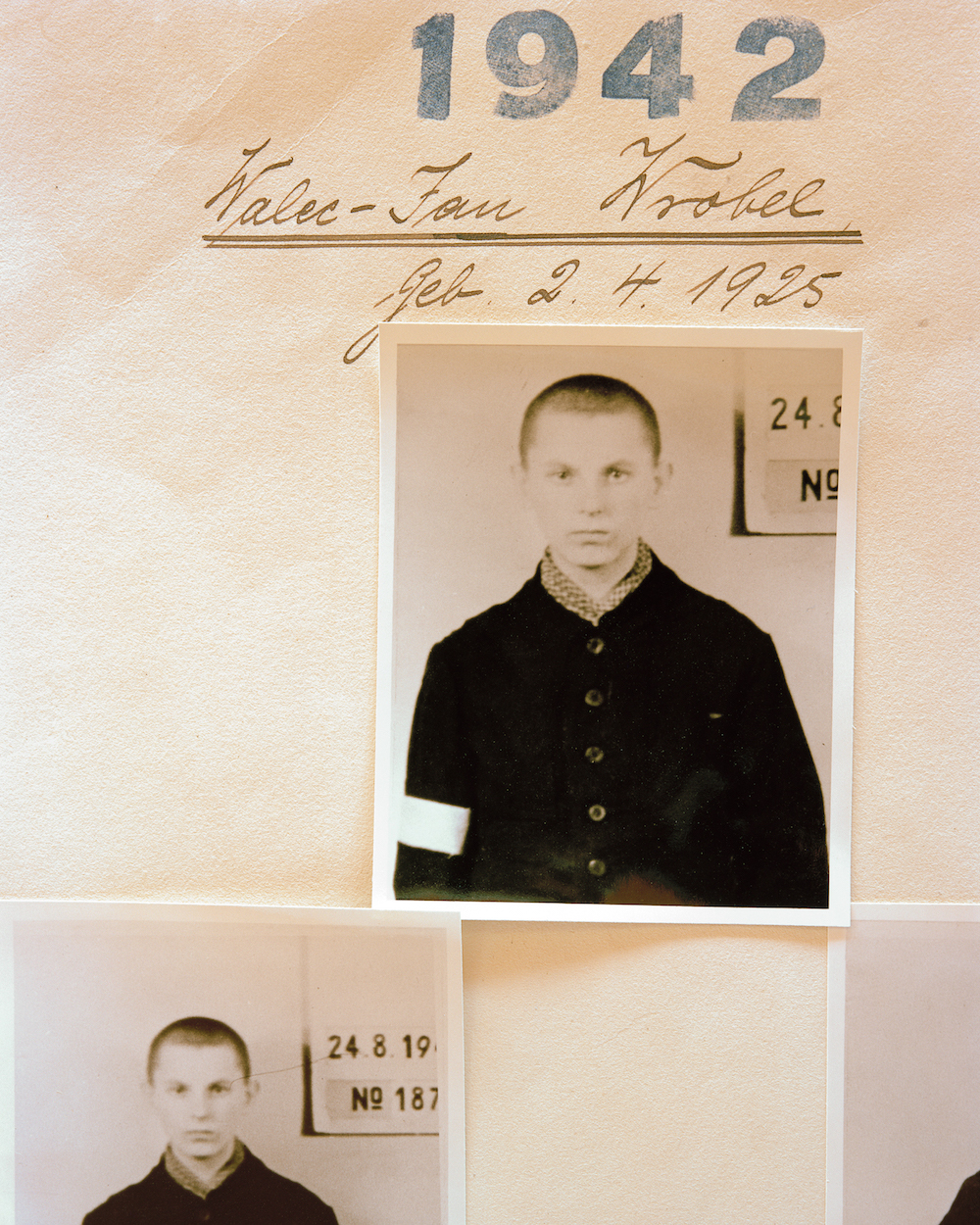 Discomfort is good. Discomfort does not mean guilt and condemnation. Those who are really to blame are most likely not alive anymore. Discomfort means: awareness, understand- ing and not forgetting. Well-used discomfort leads – at best – to dialogue and reconciliation. For me, this project is meant to be a first step towards that. 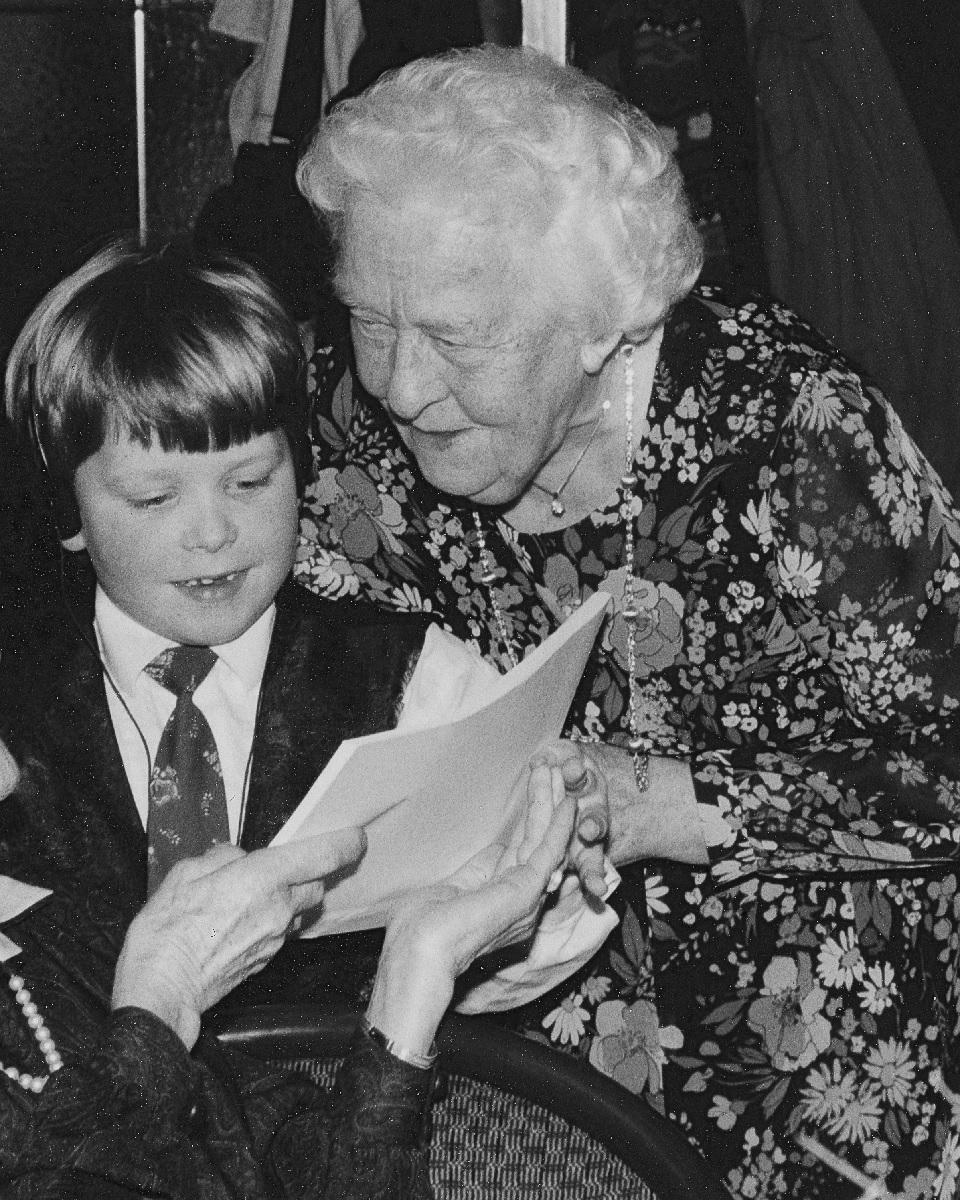 This project was developed between 2018 and 2021 and was exhibited for the first time as part of the graduating exhibition VIERZEHN of the Ostkreuzschule für Fotografie between 27 August and 5 September 2021 in the rooms of the Treptow Ateliers e.V. in Berlin-Oberschöneweide. The exhibition is currently on view at the Neuengamme Concentration Camp Memorial.