The research project Relocating Modernism: Global Metropolises, Modern Art and Exile (METROMOD) marks out a unique and unconventional map of life and work in exile metropolises in the first half of the 20th century. It refers to urban topographies, inner-city districts, outlying suburbs and streets, to places where interactions took place, but also to the venues used for exhibitions and collaborative projects. Urban locations were of particular importance not only for communicating, forming networks and formulating theories; they were also stations on the diverse paths of exile.

METROMOD focuses on six metropolitan destinations for refugee European artists between 1900 and 1950, when wars and dictatorships, violence and oppression forced thousands of artists to emigrate. New York, Buenos Aires, London, Istanbul, Bombay (now Mumbai) and Shanghai were important arrival cities or transit points for artists in the fields of modern visual arts and architecture. The selection of these cities reflects the geographical and cultural extent of the exile movements of European artists and their local urban impacts. It considers various political systems – from the Turkish Republic to cities shaped by colonialism, like Bombay and Shanghai. The six cities also represent various climatic zones, topographies, traditions, languages and artistic preferences. As a key problem the project challenges the concept of Modernism as fixed, stable and western. 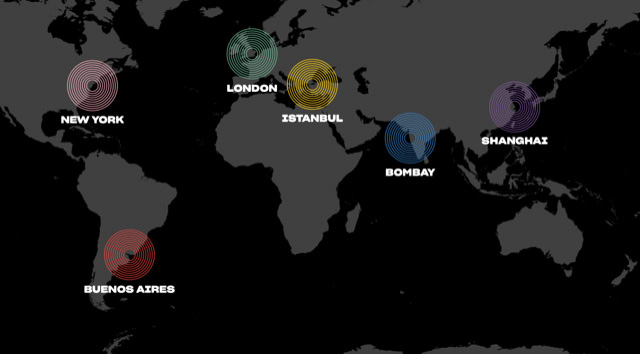 It aims to overcome established and still dominant narratives of Western European Modernism with its centers in Paris, Vienna or Berlin. METROMOD will contribute to a paradigm shift in writing modernist art history as a history of global interconnections, spurred by migratory movements and with an emphasis on instability, flux, contacts and networks.

The methods of the project combine urban study with art history and exile studies: the aim is to build a conceptual triangle of migration, modernism and metropolis to investigate how modern art changed in interrelation with local metropolitan cultures and artists.

METROMOD pursues three key objectives: Firstly, it explores transformations in urban topographies and institutions like academies and museums; secondly it focuses on actors and their artistic networks, artworks and exhibitions as crucial contact zones; and thirdly it examines media as discursive platforms between locals and migrants. The project follows interconnections between the cities as well as a comparative approach. The results of the five-year project (2017–2022) will be communicated by digital mapping, locating the settlement of artists, studios, institutions and exhibitions on urban matrixes.

METROMOD follows the hypothesis that the migration movements of artists in the first half of the twentieth century had a profound and long-term impact on art, architecture and photography history by establishing new transnational places of artistic encounter in global metropolises where concepts and works were significantly changed.

After more than a year of work the curated walks on our METROMOD cities are now accessible on the METROMOD website.

In six thematic walks through the METROMOD cities, the historical urban setting becomes tangible in the current metropolitan topographies. Who would have thought that because of Covid-19, virtual walking through cities would take on a new meaning?

The walking tours connect sites of exilic artistic production, trace the migration of ideas and situate exchanges between locals and migrants. The walks can be explored at home on your computer or directly on location with a smartphone.