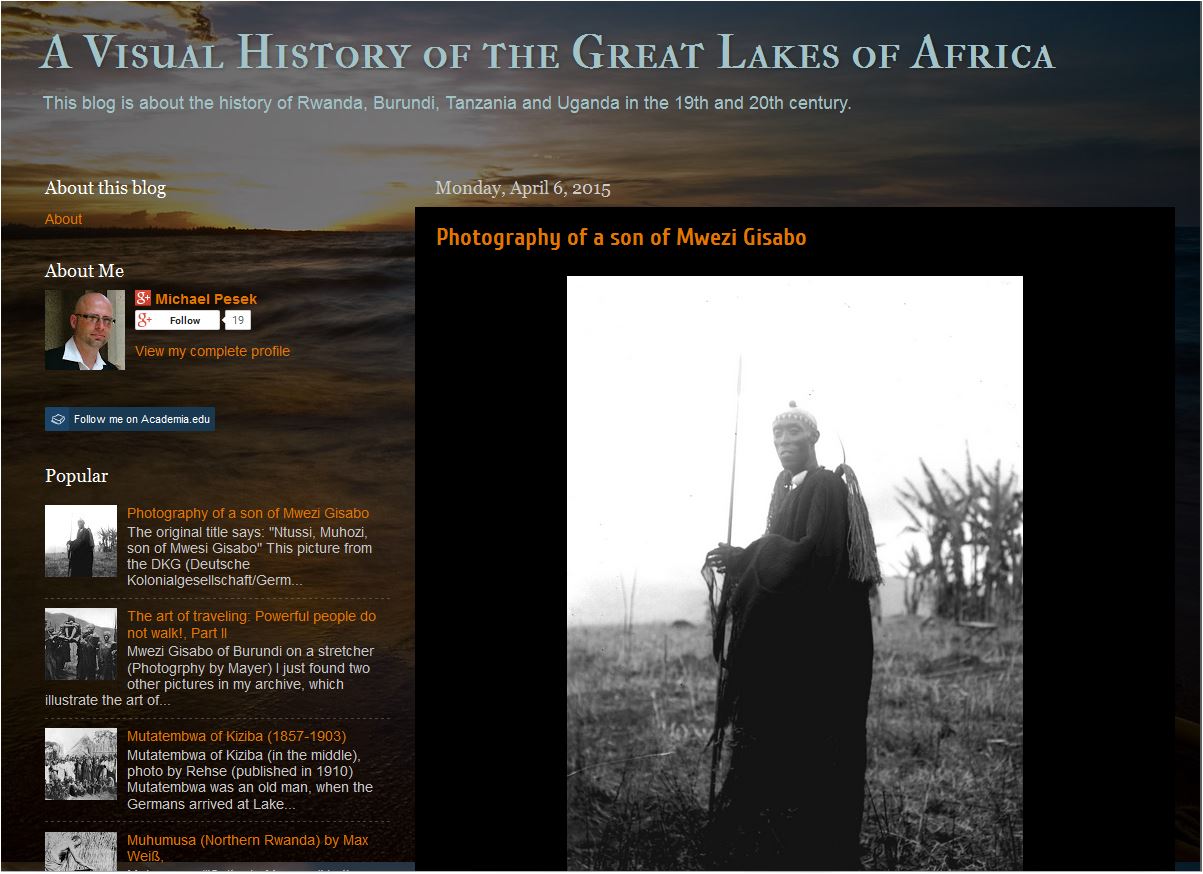 Screenshot Blog: A Visual History of the Great Lakes of Africa

The visual history of Africa, notably for the 19th century, is still an under-researched topic. Although we had a certain turn towards photographs in recent years, many archives are not fully discovered, many even not really known. If you ever came to an archive and ask for photographs, you will, if you are in luck and they have some, often be confronted  with collections of photographs that are not sorted or indexed. Many photographs are lacking any substantial information, when and where the picture was taken, by whom and what and who is on these pictures. This is also the case for many pictures I have in my collection. I hope by posting these pictures that people help me to get more information to contextualize these photographs.

The idea for this blog came after a talk with Prof. Mulokozi of the University of Dar es Salaam. He once asked me if I have some pictures of Kahigi of Kianja, an African chief, who was in power in Uhaya during German colonial rule. Prof. Mulokozi told me that he knows some of the chief’s descendents, who are keen to have some historical pictures of his famous ancestor. I then provided him with what I had about Kahigi. Nevertheless, I was left with an uneasiness arising from the fact that on my computer are hundreds of other pictures which I collected during my research on the history of East Africa. There these pictures have no immediate use, I sometimes use them for the illustration of papers. They have, however, a certain value for Africans, who are interested in the history of their region or their families. As researchers, I think, we have to give something back to those societies and individuals, who support us in many ways during our research on the continent. These are not only our colleagues at the universities, but also the people we interview, who provide us with food and housing, or those, who are open to talk with us. This blog tries to this do this by opening my collections to all people who are interested in them.This collections of photographs comes mostly from German sources. Some are from archives, many are from books. 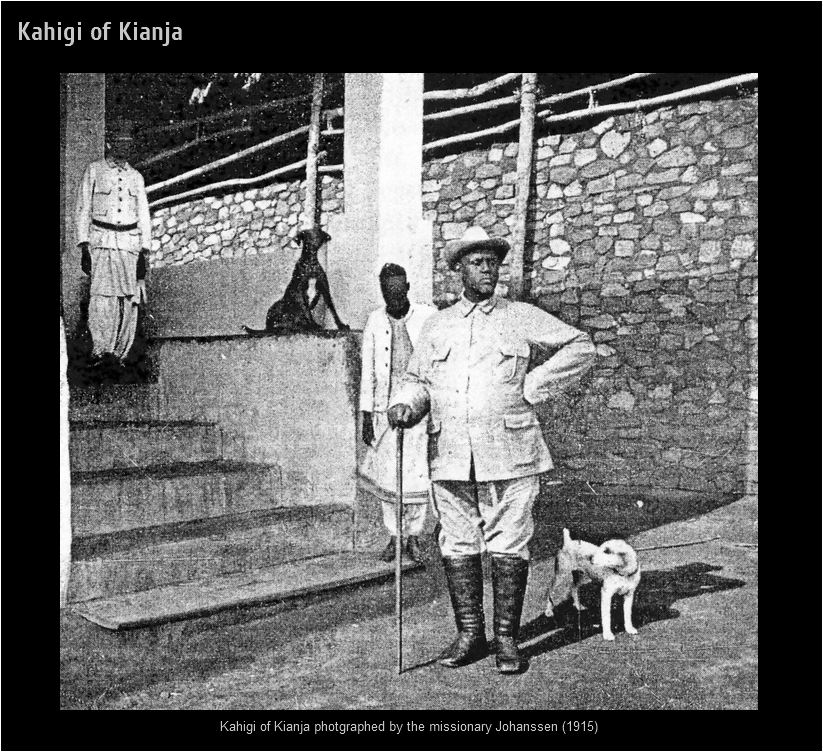 So, I will start with pictures of Kahigi of Kianja. He was the ruler of one of the successor states of the Greater Kiamtwara empire, which felt apart shortly before the arrival of the Germans in 1890. Kahigi’s territory was the smallest of the emerging successor kingdoms, and his rule was constantly contested by raids of the neighboring kingdoms. To stop these raids and to preserve his throne he had to pay tribute to his neighbors as well as to the Bugandans, then the regional hegemonic power. When Germans arrived in 1891 in the region, Kahigi welcomed them as allies in the ongoing struggle for dominance in the region. He was among the first local rulers to offer his services to the boma, as the Germans called their military stations, and within a decade, he rose towards the most powerful kings of the region.

A Visual History of the Great Lakes of Africa
http://interlacustrine.blogspot.de/
Blog about the history of Rwanda, Burundi, Tanzania and Uganda in the 19th and 20th century von Michael Pesek

Ein Kommentar “A Visual History of the Great Lakes of Africa”